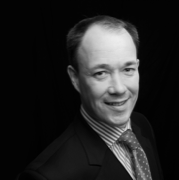 I was fortunate to have been asked to present at IxDA Dublin Design for Use 2013 (DEFUSE) conference on interaction design. I’ll briefly walk through my talk in this post as technical issues on the night left it a little disjointed. I’ve included references used in the talk for those interested in diving a little deeper into the topics I covered.

The talk was aimed at introducing persuasive design as one approach to dealing with the growth of mobile applications and beyond, particularly the increasing ubiquity of devices as illustrated by the Internet of Things.

Slides 1 - 3: Our senses and humans as multimodal creatures

‘Cortex’ man illustrates the amount of wiring in our brain that is dedicated to specific modalities. It highlights that we are multimodal creatures. In the past I’ve worked on a range of alternative interfaces including buttons that you can hear but cannot see. In a world of increasing ubiquity of technology we need to re-imagine how we interact technology.

Slides 4 - 7: From desktop to motes and the growth of mobile apps to the Internet of Things

Jumping to the thoughts of Scott Jenson and the realisation that we simply cannot create an interface or application for every piece of technology as we move from the desktop, to dedicated devices, to motes or invisible technology. The growth of the Internet of Things will drown in us in a cacophony of machine voice, all of which are seeking our most limited resource that of our attention.

Responsive design with server side components and multi-device design all attempt a technological solution focusing on presentation or hardware issues. These are only part of the problem, interaction requires much more than just a technical solution.

Devices such as Google’s Glass or wearable ambient displays such as the Lume show how we are only scratching the surface of what these devices can tell us about their usage, location and context.

Slides 8 - 10: Emerging scenarios and contexts of use, device awareness of environment and responsive design/multi-device design

Studies are showing us how people are using devices to tackle in a variety of ways that we are only beginning to design for and understand. Google’s study on multi-device use for a variety of scenarios highlights how we need to re-consider interactions not just in terms of devices but also with regard to the relatedness of the activity and behavior.

Developments on the technology side such as environmental awareness via Device APIs that allow devices to provide more information about their context of use can help and provide guidance on whether it is appropriate to interact with the person. Testing and querying what a device can do will still be part of a solution but we also need to focus on behaviors, mental models and the abilities of people in designing new interactions for ubiquitous technology.

Slide 11: A cavet, the difficulties of understanding and eliciting views of how people perceive the world

Understanding and eliciting the views and contexts of how people perceive the world is and in this talk I only touch on a few approaches but there are many more that can help.

Slides 13 - 18: Using models and approaches such as persuasive design to deal with attention and the clamouring noise from machines, services and applications competiting for attention

In tandem, we need to better model people’s behaviors using the likes of BJ Fogg’s model which captures motivation, ability, and triggers. It looks at not just a single interaction but right up to changing or habituating behaviors.

Does this type of approach work ? Mike Krieger is a former student of BJ Fogg and co-founded Instagram. He uses these approaches to decide what the new features will be included in Instagram.

Fogg has another paper on ‘Mass Interpersonal Persuasion: An Early View of a New Phenomenon’ which looks at Facebook and the psychology of persuasion. It isn’t exactly about creating a viral adoption model but it is a way of understanding how to reach and influence millions of people using this type of technology.

There are other models such as Maslow’s hierarchy of needs but my message in this talk is that we need to consider designing for behaviors using psychology and persuasion to create experiences. It is not just about the technology.

In a world with an increasing ubiquity of technology we are seeing more and more machines designed to persuade. We need to look to these types of approaches or we’re going to drown in a sea of noise.

I think that the next killer technology for mobile and for ubiquitous technology will be in discovery and orchestration. We need a solution to provide the platform to build seamless immediate interactions within a host of clamoring voices.

To quote Douglas Adams “Don’t Panic”, there are approaches to addressing ubiquitous and mobile technology. We simply need to move beyond the traditional toolkit.